The Digital Marketing Trends to look forward this year 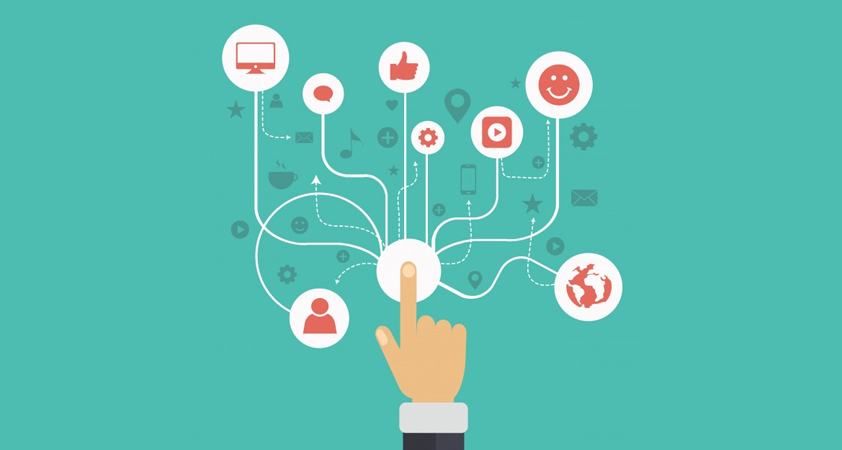 2016 - Considered as an era of digital marketing put forward rapid social media changes and accelerated prominence of video. Below are the 10 trends that we think may define this year in the digital marketing field.

The new frontier for SEO can be regarded as hand-free search. And with the launch of Google Home, connected home devices are now becoming mainstream. The new connected home devices bring an audio component into the mix when compared to type-and-read searches of the past couple decades. Google Voice searches are executed in a black box without the benefit of data or analytics for marketers to assess. In the upcoming year, marketers may take advantage of early analytics as they are released from platform owners and may begin tackling the idea of voice-driven search results.

Surveys reveal that more than 400 million mobile web users and 200 million desktop web users are using ad-blocking technology to restrict the banner ads displayed on their devices. Advertisers diversify their media mix to include native ads as well as non-standard ad formats to improve their ability to work around blockers.

Chatbots were best known in the form of AIM chatterbots and Microsoft Clippy. Those chatbots had a harsh robotic feel that made them stand out instantly. Google Allo became the most significant chatbot messaging platform ever with its ability to read and interpret messages and was launched on September 2016. Not just for Google, Taco Bell and Dominos are both already using chatbots to enable hungry customers to easily order dinner. However in 2017 chatbots will complete a resurgence that has been years in the making.

Facebook launched Facebook Live videos across all platforms in early 2016 and according to Facebook statistics, users watch live videos three times longer than the same videos when they aren’t live. It’s clear that live-streaming social content is going to continue to take off in 2017, and marketers will need to find new and exciting ways to use this video format.

Marketing teams are assigned to create sales-enablement content like white papers, case studies, and webinars. These sales-enablement activities will be treated with the same rigor, analysis, and testing as all other marketing channels. However with the wide availability of CRMs, all outreach whether digital or analog can and should be tracked back to assess what content and channels are contributing to revenue gains.
6. Data Visualization


Interactive data visualization is a powerful tool for marketers looking to summarize campaign performance and but at the same time can be impactful as a piece of marketing content. FiveThirtyEight created The Complete History of the NFL for sport fans- an interactive data set that objectively ranks each football team at each point in the team’s history. Identifying new data sources already existing in the company or customer base can unlock potential content ideas as well as business opportunities.

2017 is considered to be the time for marketers to refocus their energies on optimizing beyond viewability, and tracking the impact of campaigns farther down-funnel. It is important to understand campaigns that impact business metrics and ultimately revenue and which becomes table stakes for marketers looking to show real value.


8. Visibility in a Trust Economy

Earlier, displeased customers have used social channels to air their grievances in a public forum and the companies engaged in social media marketing will have some level of customer support available for those who leave less than a five-star rating.


It is expected that in 2017, business ratings will become less one-sided than the current system. Companies like Uber and Airbnb have pioneered the space of customer ratings and the two-way feedback. The visibility of customer ratings is capable of producing higher-quality customers or just infuriating the ones who are below-average to begin with.


The responsive web design was considered to be a huge win for SEO in managing both a mobile website and a mobile app. While responsive mobile sites generally offer the same core messaging and functionality as a web platform, they never have the stickiness factor that an app is able to achieve. Users expect unique value-adds from an app to justify the visual and physical space and the mobile websites and apps are needed to be optimized as part of the same user experience, offering unique benefits that are tailored to their platforms.


Snapchat introduced the concept of expiring content as a marketing mechanism in 2012. Being a direct competitor of Snapchat, Instagram recently launched Stories. It is going to be only a matter of time until we see a trickle-down effect to the biggest social networks in place of traditional advertising platforms.